In this technological era, instead of promoting the so-called ”green energy”, the HVAC&R sector around the globe must understand the importance of CLEAN energy. The massive promotion of synthetic (man-made) refrigerants is being carried out under the framework of green energy by focusing only on newly introduced low GWP refrigerants. However, this is a critical misconception that needs to be understood in a broader sense. Keeping this in mind and making it one of our priorities, INDEE+ (an Indo-Norwegian project) is progressing in India towards improving the structure of eco-friendly refrigerants and their development in the Indian HVAC&R sector with CLEAN energy.

During the interaction with the delegation, the progress in the future milestones of the INDEE+ project was discussed in details with Dr. Simarpreet Singh (NTNU Norway) and Prof. Satyanarayanan (IIT Madras).

Various collaborations are being set up between the Indian institutions and the Norwegian government for a successful uptake of the technology at industrial level in India. Competent vendors, manufacturers, and supplier who are willing to be part of this mission to promote eco-friendly solutions have now become official project partners and will support the INDEE+ team in developing (in-house) application-based units. 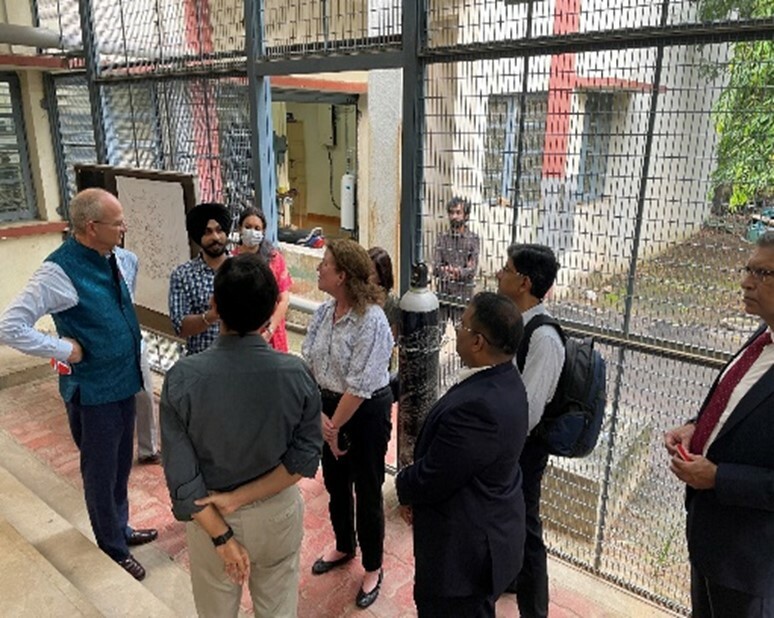 As the project progresses, it has been strategically agreed that the vendor or manufacturer of the unit would be legally committed to deliver the promised efficient unit to the end user. On the another hand, the project coordinator and the Indian Institute partners will assist in the design, performance evaluation, commissioning, and knowledge and overall technology transfer. 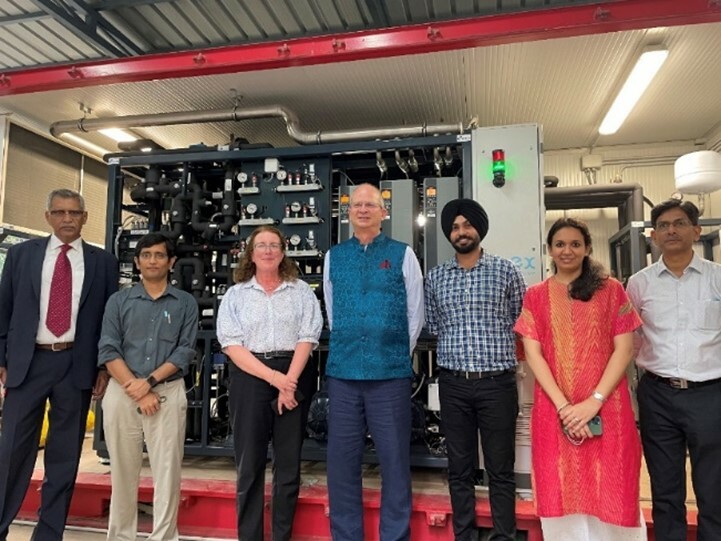 The development of  training institutes received the attention of the delegates. Upcoming demo-sites in the framework of the project at IISc Bangalore, BITS Pilani and CIFT Kochi were discussed, along with their applications and possibility of conducting various tests at high ambient temperatures. The scope of these training institutes would be part of the knowledge dissemination activities in India.

It was observed that, after the visit and interactive session at IIT Madras, Norwegian Ambassador Hans Jacob Frydenlund shared his experience and gratitude towards the progress of the project on their official account. He also mentioned the great efforts made by the NTNU project coordinator in India. Such encouragement from the Ministry was essential for the project team members and ultimately encouraged them to perform even better and strive harder to achieve the goal set by the project guidelines. 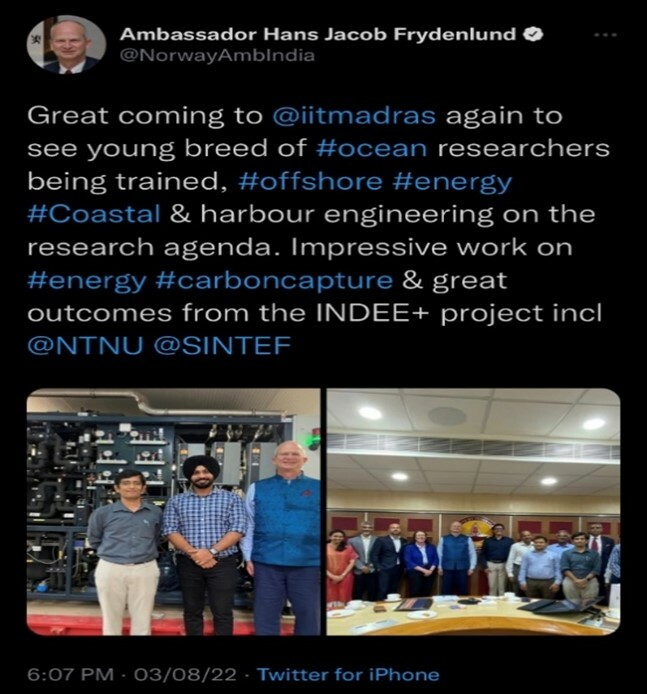