The International Institute of Refrigeration (IIR) is an independent intergovernmental organisation.It is the only one in the world to gather scientific and technical knowledge in every sector of refrigeration.

Founded in 1908, it has developed a worldwide network of leading experts.

The IIR is committed to disseminating knowledge of refrigeration to improve the quality of life for all, while respecting the environment and taking into account economic imperatives.

The IIR has resolutely stepped up its efforts to become a major global player taking action to implement sustainable refrigeration in all its uses. This is evidenced by the report on the IIR's 2020 actions according to the UN Sustainable Development Goals available below. 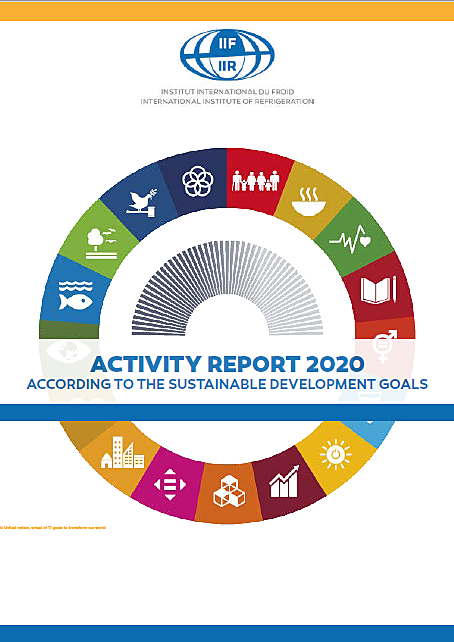 From the very first efforts to cool, refrigerate or preserve, which appear to have been documented as the use and cooling effects of salt-water mixtures by Syrian physician Ibn Abi Usaibia in the 13th century, the story of the IIR began long before its official inauguration.

Born from a common global objective in 1908, for more than a century the IIR has been the only organisation to accompany all refrigeration stakeholders in the journey towards tomorrow’s refrigeration.

1835 – Although Oliver Evans was the first to document the cycle, it was Jacob Perkins, an American working in England, who first patented a machine based on the vapour-compression cycle.

1855 – The first compression machines that proved to be successful on an industrial scale were developed by James Harrison, a Scotsman who had emigrated to Australia. Harrison’s machines revolutionised the industrial refrigeration sector and were capable of producing ice or cooling brine (a secondary refrigerant).

1859 – Frenchman, Ferdinand Carré, invented the first absorption machine which, after some adjustments, became one of the best-selling refrigerators.

1885 – This absorption machine was later replaced by a much simpler vapour-compression refrigerator, invented by French engineer Charles Tellier, that is still used today.

1877 – Low-temperature science also progressed. The last quarter of the 19th century witnessed the liquefaction of each of the permanent gases in turn.

1908 – The rapidly growing, global industry and scientific quest for absolute zero lead to the 1st International Congress of Refrigeration held in Paris, France, at the Paris-Sorbonne University in October 5-10, 1908, which welcomed over 5,000 participants.

1909 – From this first Congress, the International Association of Refrigeration was born on January 25, 1909, formed by delegates from 35 countries.

Present – Since then, the IIR has been operating at its headquarters based in Paris (France) and has become the leading world organisation for expertise on refrigeration. The Institute has continued to run the International Congress of Refrigeration every four years since its inauguration and has now expanded its conference series portfolio covering a vast variety of refrigeration topics. Working alongside governments, today the IIR remains committed to promoting knowledge on refrigeration for sustainable development, and continues to provide key services to disseminate information on associated technologies to all stakeholders (companies, universities, professionals...).

Jean-Luc Dupont - Head of the STID, Director of publications